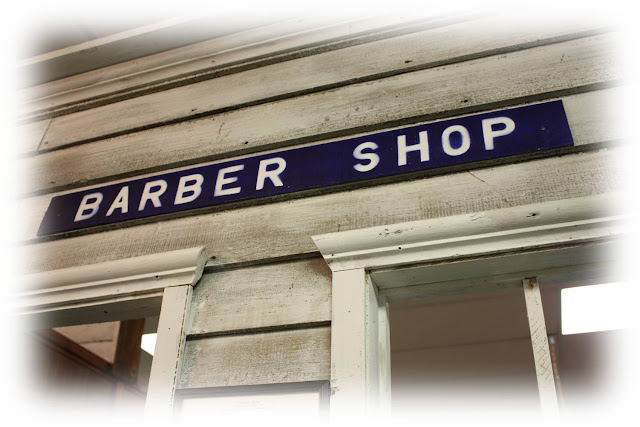 If you are longing for "the good old days" or just want to escape into the past, plan a visit to the museum. Today is opening day at Prairie Trails Museum.

You can read about the past in books or look at old photos, but wouldn't you rather see the past in person? 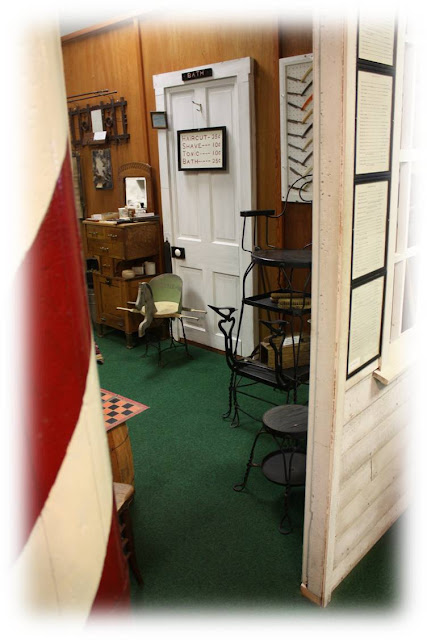 That is my favorite part of visiting the museum; one can stroll right into the past by strolling through the galleries. 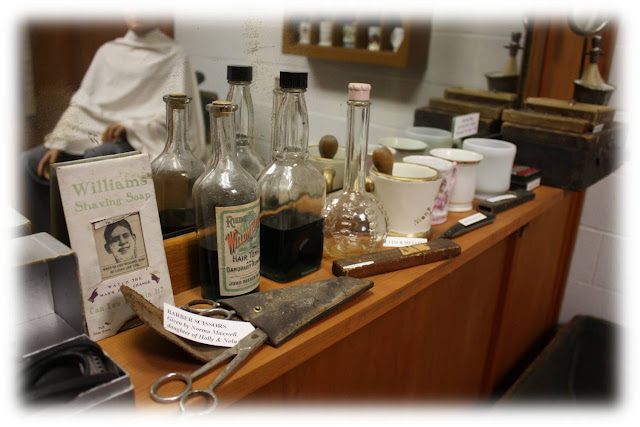 This is a place where you can literally walk through the past and observe all the details that your ancestors observed, in many cases, over one hundred years ago. 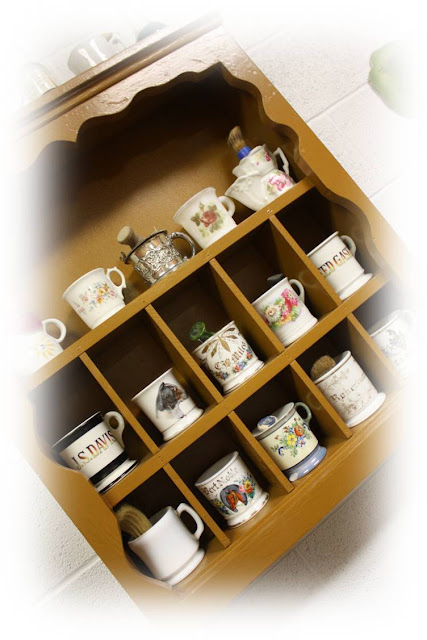 Volunteers at the museum hear time and time again, "This is the best museum I have ever visited " or "I can't believe you have such a wonderful museum here in a small town." 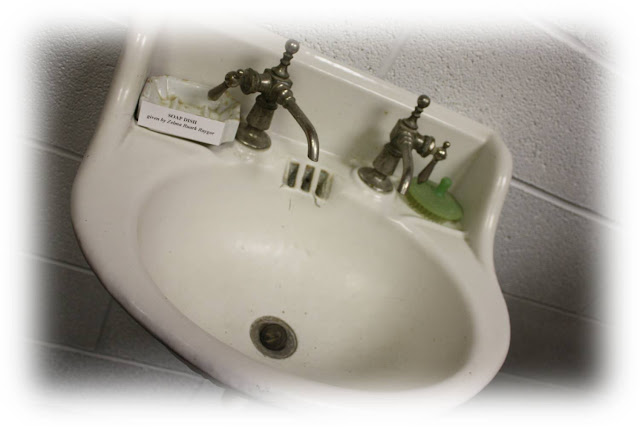 You really do have to SEE it to BELIEVE it, and I can safely say that you won't be sorry. 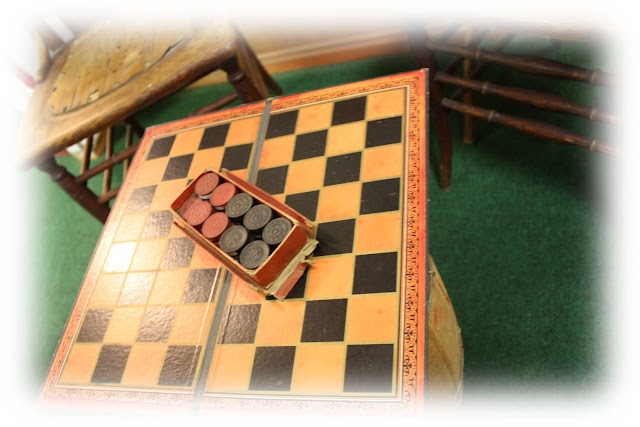 Plan to spend an afternoon enjoying your trip to the past, or better yet, buy a yearly membership to the Wayne County Historical Society for a mere $10 and get unlimited visits to the museum for that year. It is a great bargain! 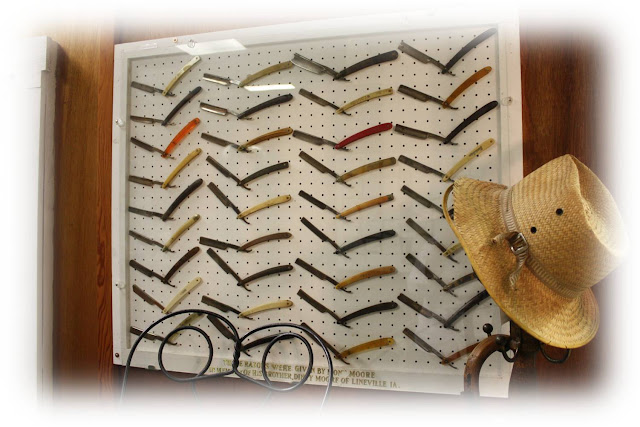 New artifacts are always being added, and if it has been awhile since you have visited the museum, you won't believe the changes and improvements! 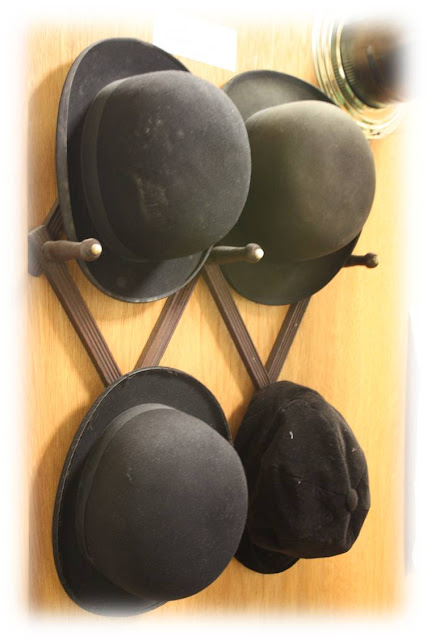 Visit the Prairie Trails Museum web site here for information, and go to PTM's Facebook page and "like" it to receive updates about events and exhibits. 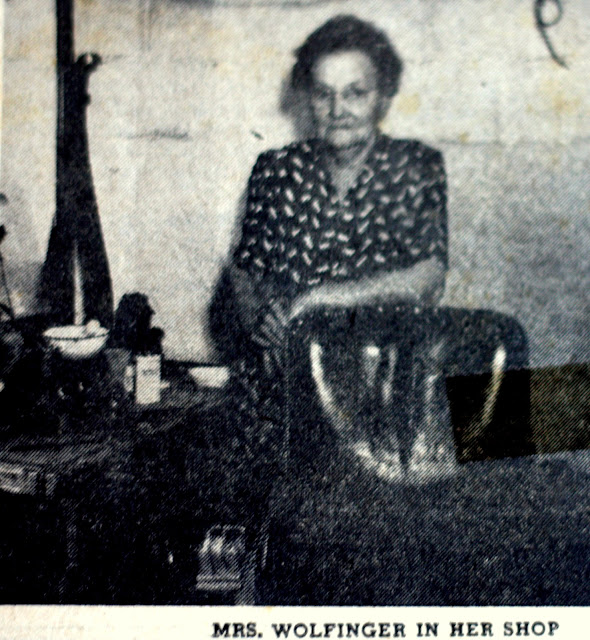 Promise City's only barber is a very nice lady. She is Mrs. Myrtle Wolfinger and she has been taking care of the haircuts in this eastern Wayne county city for more than two decades.

It all began, according to Mrs. Wolfinger, when ladies first stated considering "bobbed hair".

"They just couldn't go into a men's shop to have their hair cut," she said, (although later it became a more or less common custom). At any rate the ladies of Promise City, who wanted some barbering done, found that Mrs. Wolfinger seemed to have a particular knack for such things. Thus it was that she started helping some of her friends with their "bobbing" problems.

"At that time," said Mrs. Wolfinger, "I didn't have any idea of operating the only barber shop in Promise City, but that is what it lead to."

The time soon came when some of the men and young men of the city sought to have Mrs. Wolfinger extend her trade to cutting men's hair as well as that of the women. With some hesitancy, Mrs. Wolfinger did establish a regular barber shop and she is now known for and wide for her ability.

Just for instance one Centerville man will let no one else cut his hair and makes the trip to Promise City regularly. Mrs. Wolfinger lists among her regular customers people from Confidence, Corydon, Seymour, Clio, Allerton, and other points. She has some truckers who make it a point to stop for their tonsorial work although they may live as far away as Des Moines.

The barber shop is in the basement of the Wolfinger home and the barber chair is comfortably close to the furnace.

It is simple but adequate.

Mrs. Wolfinger does not shave anyone except to shave their necks. She believes that her customers can take care of their own shaving problems but few can do anything about cutting their own hair.

Mrs. Wolfinger will tell you that no two heads of hair are alike. She takes the woman's point of view. It isn't just a matter of cutting someone's hair and cutting it about the same as all the rest are cut. Mrs. Wolfinger studies each particular head and cuts the hair to suit the style of the head and hair.

"Now for instance," she says, "no one on earth can put your hat on for you satisfactorily. Really no one else can comb your hair. So far as barbering goes each person is very different from others and has to be considered that way."

And here is another little item. Haircuts at the Wolfinger barber shop are 25 cents each, believe it or not!

"Everybody says they should be higher," she says, "the state inspector really has a fit about the prices. But I get a large number of tips and I've never raised the price. I suppose they should be at least 35 or 50 cents tho'."

And what do men talk about in a lady's barber shop? Well, there is no swearing, no risque stories, and in fact according to Mrs. Wolfinger all of the men are perfect gentlemen. They really appreciate the shop in Promise City and they seem to enjoy the shop as much as they would an all men's shop.

Mrs. Wolfinger is also a housewife and carries on her activities just as any other wife might do, even to entertaining. The barber shop door is at the side of the house and there is a push button there. Anyone wanting service may push this button and go on into the basement room, which is quite apart from the rest of the home.

The house where Mrs. Wolfinger had her barber shop still stands. It is south of the Methodist Church across Highway 2. Mrs. Wolfinger was Anita Lord Wells' great grandmother, and Anita provided this article about Mrs. Wolfinger.