Wayne County Schools' Mascots and School Colors Past and Present 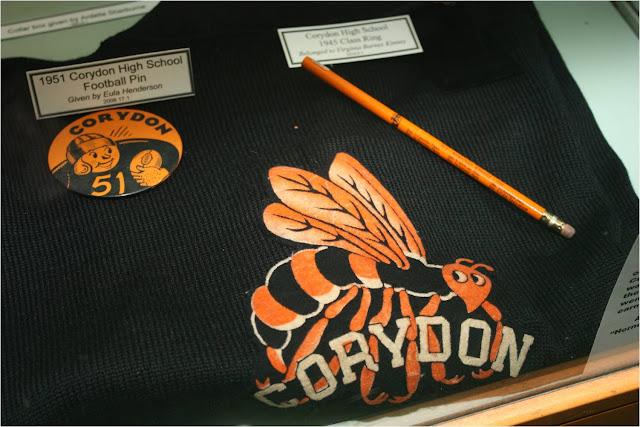 Before consolidation, there were ten high schools in Wayne County. Frequently, people ask about the various school mascots and school colors of the past. According to information located in the Prairie Trails Museum library, here is a list of the schools, mascots, and school colors:

The Allerton school colors were blue and white, and the boys' mascot was Blue Devils; the girls' mascot was  known as Devilettes.

Cambria's colors were blue and white, and they were known as the Comets.

Corydon High Hornets were represented by orange and black.

Clio teams were clad in purple and gold. They were the Tigers.

Lineville Eagles wore red and blue, but it is noted in the information in the PT library that in 1937, Lineville boys' mascot was Indians, and the girls' was Goldettes. Their colors were purple and gold.

Millerton was known as the Waves represented by green and white colors.

In 2013, Wayne Community School in Corydon claim the Falcon as their mascot, and their school colors are black and white. Mormon Trail School in Humeston and Garden Grove are the Saints sporting black and gold colors. Seymour Community students are the Warriors, and they wear red and black today.

Photographs in this post were taken at Williams School now located at the Round Barn Historic Site east of Allerton, Iowa. 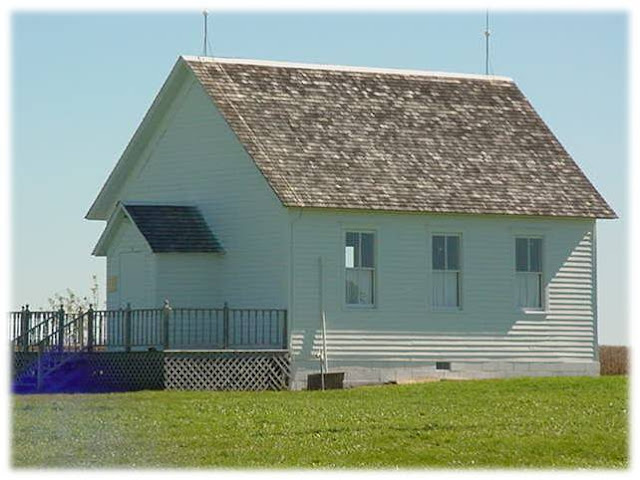 Early pioneer children in Iowa were often taught in their homes by mothers or older sisters. As
populations grew in areas of the state, citizens organized local schools called subscription schools.
Children could attend these schools as long as their parents shared the expenses for supplies and
teachers. In 1839, a law passed by the territorial legislature made each county responsible for
opening and maintaining public schools.


According to a letter written to the Wayne County Democrat in 1908 by James S. Whittaker, an early
settler and teacher in Wayne County, “The first school house built in Wayne county was built about 1
¼ miles east of where Lineville now stands, in 1842 or 1843.”Not all children attended school
because they were needed on the farm, and mothers, aunts, and friends would do their best to teach
children to read and write.

In 1858, another law was passed, and each township in Iowa became responsible for organizing schools. These new school districts built schools and provided tuition-free elementary education to all children between the ages of five and twenty-one. Nine schoolhouses were built in each township and students only had to walk a mile or two to school. Wilma West wrote in Wayne County History, “Over 100 rural schools dotted the hillsides and valleys of the county at one time.” A few of the names were: Calathump, Old Blue, Greenridge, Shane Hill, Nip and Tuck, Cockleburr, Jerk Tail, Clay Center, Hogue, Pine, Star, Oakdale, often called Wild Cat, German Center which became Liberty Center during World War I, Log Chain, and West Union. 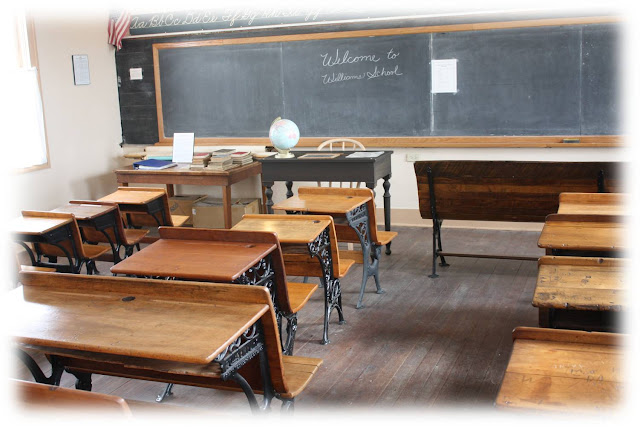 By the turn of the century, there were almost 14,000 one-room schoolhouses across the state.
Many rural schools looked alike. Most were built from wooden boards and painted bright red or white.
Students stored coats, boots, and lunches in the school entryway. Desks stood in rows in the
classroom. A wood burning stove blazed in the winter, and a student was lucky if he or she sat near
the stove. Students often shivered as they tried to learn in the cold winter months.

In a book of teacher memories at the Prairie Trails Museum, V. Lucile Riggs Patterson wrote, “The teacher was janitor, music teacher, arts or crafts or industrial arts teacher, (we did a little of each), supply clerk, and play director. It was customary to have a ‘program’ followed by a ‘box supper’ every fall, usually about Halloween time, another program at Christmas, and one at the end of the school year, sometimes
followed by a community picnic.” Other recollections in the book of teacher memories included reading Bible verses on Monday morning for opening exercises and reciting the Lord’s Prayer every morning.

Sometimes snow banks were so high students and teachers could not get to the school for a week with mules and sleds. Some walked railroad track when the roads were blocked by snow. Dirt roads often became impassable during the late winter and spring, and school had to be held in a home rather than have
the children miss weeks of school. 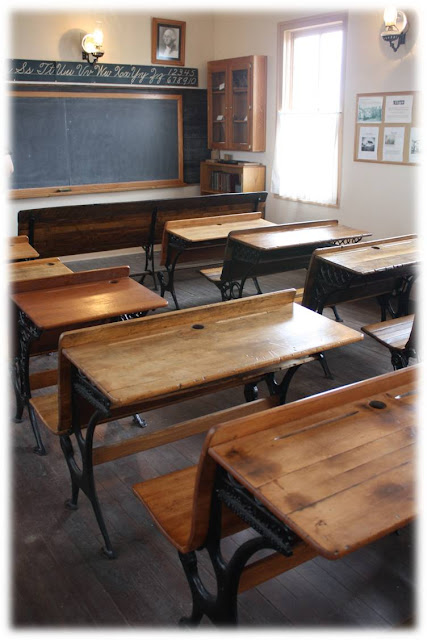 By 1958, because of consolidation, only two rural schools were in use in Wayne County. In 1965, the
legislature wrote the end of the story of the one-room school. It passed a law ordering all schools to
become part of legal school districts with high schools, and by July 1967, most of Iowa’s one-room
schools were closed.
Posted by PT Blogger at 5:24 AM No comments: